I bought my own domain! Head on over to www.adventuresinshaw.com to continue keeping up with my adventures!

I know I promised the first installment of Bittman Thursdays today but honestly, Shaw Girl is STILL sick.  I am thinking spending well over 12 hours out in the cold didn’t help any on Tuesday (but it was soooo worth it).  So due to illness, Bittman Thursdays will henceforth be rechristened “Bittman Mondays” (see the fancy logo…yeah that’s about as much as I could muster).  I actually made the recipe already and even took the photos.  I am just too exhausted to put together my usually (or at least in my mind) witty prose.  So check back in on Monday!  And send soup!

A Day I Will Never Forget

Yes it was freezing; yes the logistics were not the greatest; yes a lot of people even with tickets to the Inauguration didn’t get in at all.  But it was worth every bit of hassle to be a part of history.  Being a part of the huge crowd and witnessing President Obama take the oath of office brought tears to my eyes.  We met some wonderful people and everyone was so excited, joyful and happy.  The video I took wasn’t the best (and I still can’t get the video I took of Obama’s Inauguration speech to upload to YouTube or Facebook) but it is one of my proudest possessions.  I am humbled and honored to have been there.  And I wanted to share these pictures with you.  Whether you agree or not with his political stand, at least marvel at so many people gathering to celebrate our country! 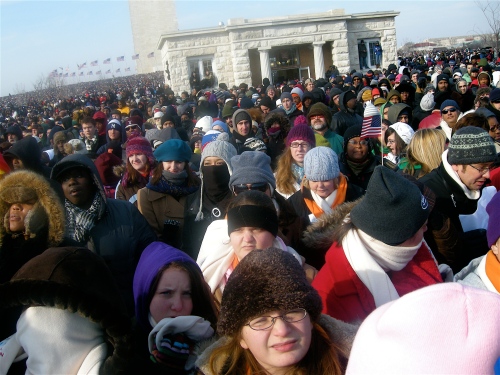 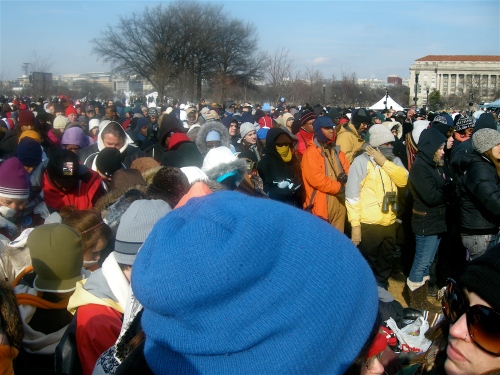 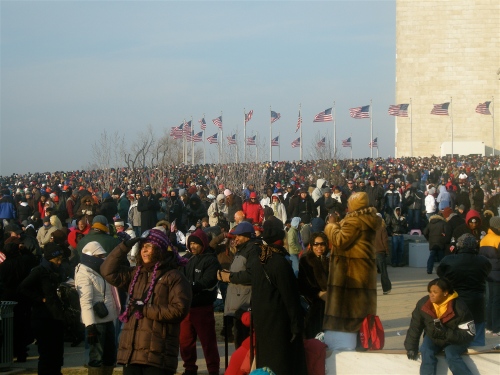 I didn’t do a whole lot of cooking this past week…I was sick for a part of it and then the Inauguration excitement took over the holiday weekend.  But I will be back tomorrow with the first installment of Bittman Thursdays and I’m still on the hunt for DC’s best burger (thank you for all the restaurant suggestions…keep them coming)! Next up, my review of DC Chophouse’s burger.

A Part of History 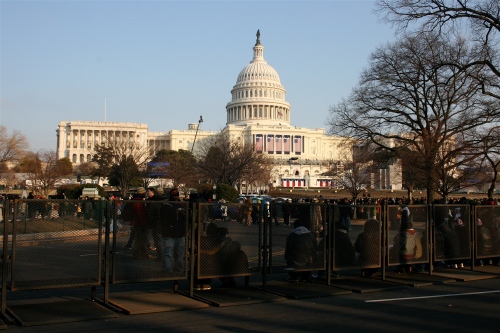 So as you all know, I live in DC and right about now is one of the most exciting times to live here.  The city is alive with hope and promise and I am moved to tears at the majesty of it all.  Being here at this time in history only makes me love DC even more (and I wasn’t sure I could love a city any more than I loved DC before all of this).

I took a bunch of pictures yesterday while out and about in the city and I wanted to share some of them with you.  It doesn’t matter who you supported in the election…what matters is we all come together and celebrate how far this nation has truly come.  This morning, we’re heading down to the Mall to watch the Inauguration of our 44th President of the United States…and I am honored to be able to say “I was there”.  And don’t worry, I will take TONS of pictures so you guys feel like you were there too… 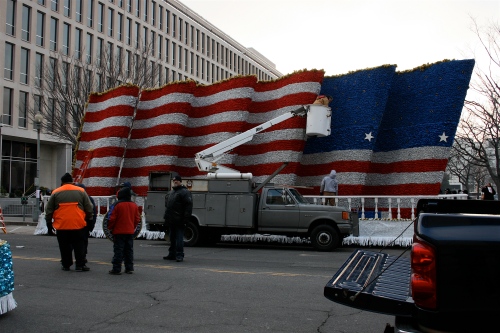 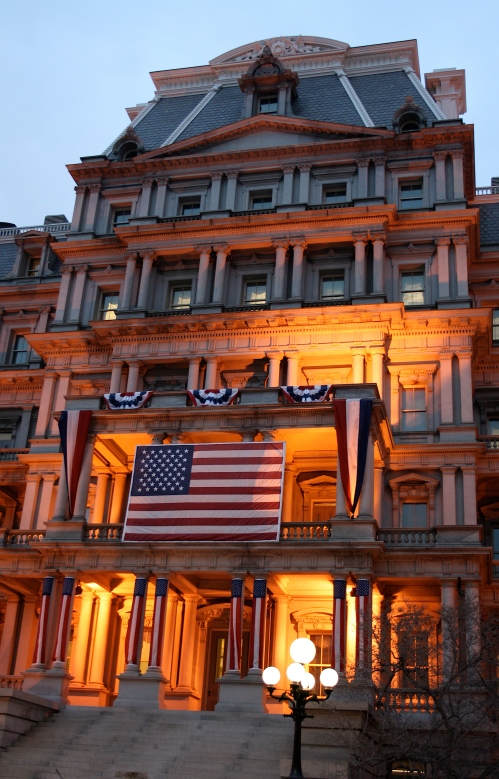 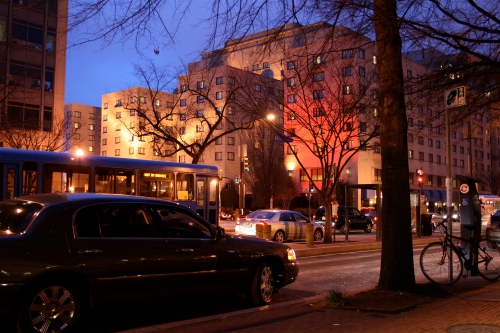 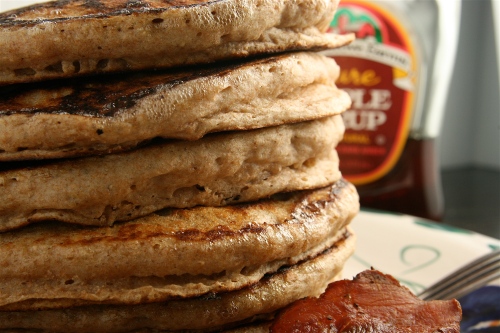 If only all resolutions were this tasty…whole wheat flour and wheat bran accented with lemon. Enough said…

END_OF_DOCUMENT_TOKEN_TO_BE_REPLACED

I will be honest, I had completely forgotten about Commonwealth, the new gastropub in Columbia Heights. I was invited to the soft opening back in the Summer and was delighted by its take on British food (read: making British food actually taste good). I also really liked the fact that Jamie Leeds and his partner Sandy Lewis vowed to use a lot of fresh, local and in season ingredients in their dishes. But somehow the restaurant fell out of my mind until I was racking my brain for a Sunday brunch option. It was cold outside and a bit gloomy, so what better back drop for brunch than a British inspired pub? The fact that Commonwealth was only two stops away on the Metro didn’t hurt either, so we headed out after dropping off my purchases from the Takoma Park Farmers Market (for more on my market visit, head on over to DC Foodies).

END_OF_DOCUMENT_TOKEN_TO_BE_REPLACED

Unlike previous year’s resolutions, I decided to get started right away on my Culinary Resolutions for 2009. To the right, you will now see the “Ask Shaw Girl” box inviting readers to send in their cooking questions/dilemmas/cries for help. Hopefully there will actually be enough questions to make “Ask Shaw Girl” a monthly segment. If not, I guess I could get the kitties to offer up their queries (“Why do you make all of these things from scratch and then feed me from that bag you haul out? Where’s our homemade liver treats???”). I’ve also ordered Mark Bittman’s “How to Cook Everything” (Amazon says I’ll have it on January 16th!!!!!) and plan on cooking my way through it in a (hopefully) weekly posting I’ll lovingly refer to as Bittman Thursdays. And most importantly, I’ve slowly started cooking more with whole grains…which brings me to the lovely granola of which this post is about…

END_OF_DOCUMENT_TOKEN_TO_BE_REPLACED

On Friday night, the Boy and I headed out to Stoney’s Bar & Grill for a quick bite. It was a particularly chilly night (read: fucking cold), so we didn’t want to head too far. Luckily, Stoney’s is only a hop skip and jump away from Shaw in Logan Circle. Stoney’s is the epitome of a neighborhood joint: laid back atmosphere, friendly service and no pretenses of being anything more. This being our first time there, I wasn’t sure whether we just sat down or waited to be seated. A waitress smiled and told us to “sit anywhere”, so we planted ourselves in the dining area. Unlike most bars and grills I’ve been to in DC, the noise level at Stoney’s was low enough to actually be able to carry on a conversation. Our waiter came to the table fairly quickly and took our drink orders before I looked at the menu.

Although I was told Stoney’s had great burgers, I honestly wasn’t expecting much from it. And given that it was more of a tavern than a restaurant, I really didn’t expect anything more than bar food. A quick look at the menu, however, showed a good variety of items: everything from burgers (of course) to kosher franks and beans. Since I had a purpose for being there, I concentrated on the burger options. They have the usual cast of burger characters: the regular burger, a cheeseburger and a bacon cheeseburger. But they also have some different twists on the classic burger: the One Eye Burger, served with Swiss cheese and a fried egg; the Black and Blue burger, a blackened beef patty topped with blue cheese; and a Hamburger Special, a cheeseburger topped with (of all things) ham. But I chose the Texas Burger, which usually consisted of hickory bacon, cheddar cheese, barbecue sauce, grilled onions and coleslaw. However, me not being a fan of coleslaw, I asked the waiter to hold it from my burger.

When the burger arrived, I was a little anxious about its height. I am usually not a fan of burgers that require me to unhinge my jaw to eat, but the Texas Burger did have a lot going on. The bun was rather fluffy and high…and even though this may sound strange, it was a bit shiny. Yes, the bun was shiny…and this concerned me a little. I had forgotten to tell the waiter to hold the lettuce and tomato on my burger, which I usually do. I tend not to like tomatoes on my burgers because they make the bun soggy. However, Stoney’s does something rather interesting. Instead of placing the tomato right next to the bun, they put a layer of lettuce between said tomato and said bun. Because of this, the tomato doesn’t leave the bun a soggy mess. Inspecting the burger further before I ate it, I noticed the bacon wasn’t very crispy. In fact (as you can see from the picture), it was mostly gristle. I was starting to get a bad feeling about the burger. Another concern: the “grilled onions” were not grilled. The onions were thick cut, raw red onions piled onto the burger.

Finally done with my initial visual inspection (and taking pictures of it with my Blackberry – sorry, I forgot my camera), I decided to get down to the business of eating. And I was very pleasantly surprised. Having removed the “grilled onions”, my first taste was of the bun. And this was a pretty good burger bun…fresh tasting with a slight hint of sweetness. Mind you, it was not a sweetened bread, just a bread with a hint of honey (or a similar sweetener). Lightly toasted, the bun was hearty enough to stand up to the many toppings weighing it down. The beef was nicely seasoned, similar to the burger at Trios and you could tell it wasn’t a dethawed, pre-formed patty. Also like Trios, the beef didn’t have a charred taste to it nor was it dry. And unlike a lot of cheeseburgers, the cheddar was sharp enough to stand out in the menagerie of flavors. The combination of the bun and the seasoned beef almost gave the burger a one up on Trios…were it not for the bacon and the overly liberal use of barbecue sauce. The bacon was greasy and basically just fat, adding nothing at all to the burger. And although I liked the tangy flavor of the barbecue sauce, there was a bit too much on the burger.

All in all, this was a pretty good burger, especially considering it was from a neighborhood bar. I’m not ready to say it was better than Trios and I am still not convinced Trios has the best burger in town. Fear not, however, dear readers. My search continues this weekend with a trip to DC Chophouse! Stay tuned!

So there…I’ve put them in the public domain for all to see in hopes that I will actually follow them. I’ve already started using more whole grains (will be sharing a fantastic recipe for granola this week) and I’m reading up on properly freezing pestos and sauces. That’s progress, right?

For more culinary resolutions, check out Pete Bakes, The Bitten Word or Joy the Baker!

Tagged as Cooking, Food, How To Cook, New Year's Resolutions

In Search of DC’s Best Burger….

It all started when the Boy and I aimlessly wandered into Trio on 17th Street in DC. I wasn’t really expecting much from the joint…it was just a compromise decision because we were both very hungry. I usually don’t eat a lot of red meat (or any meat for that matter…especially if you take a look at my new recipe index), but that night I really, really wanted a burger. I ordered the bacon cheeseburger (because everything tastes better with bacon…and uhmm we all know my unholy love for cheese), thinking I could at least get a burger better than McDonald’s at a local joint. What was placed before me, however, was ohhhhh soooo much more.